Writer and actress, Song of This Place by Joy Coghill, 1987

Coghill's script, like Carr's paintings, is not an exact rendering of the physical reality, but a deeper, more emotional reproduction of its subject, of Emily Carr... The key to the vitality of this piece is the outstanding work of Coghill and [Joan] Orenstein in the lead roles... The play is certainly a triumph for Coghill. It is her first play, but clearly reflects a deep knowledge of, and ease with, the playwright's craft... The stage conventions Coghill employs and exploits make this self-conscious drama masterful. 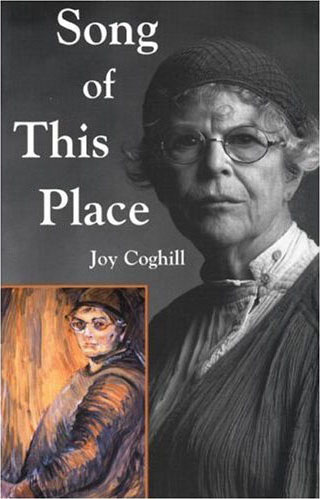 
Do You Turn Somersaults? by Aleksei Arbuzov, 1984

[Joy] Coghill translates the flutter of her costumes and mannerisms into her speech so that she becomes the embodiment of eternal youth. She makes Lidya’s child-like philosophy seem entirely plausible.

It is left to veteran actress Joy Coghill, as Bri’s mother Grace, to show what can be achieved with accurate pacing and a finely honed sense of timing. She turns in a fine cameo as the waspish and self-pitying pensioner.

Joy Coghill, as Mrs. Alving, gave a characterization that was notable for a restraint which at the same time denoted power and authority.


Lear by William Shakespeare, directed and adapted by Jane Heyman, 1996

The central fault with this production is Joy Coghill's performance as Lear... Coghill is obviously intellectually clear about what she is doing, but, for the most part, I didn't believe her on an emotional level. She has a tendency to assume grand poses and to declaim her lines in an overblown "Shakespearean" tremolo.


The Visit by Friedrich Durrenmatt, 1964

This play is a triumph for Joy Coghill as Claire and her biting performance stands head and shoulders above the rest.

It is hard to say enough about Joy Coghill's performance as Harriet. She is quite simply wonderful. Plaintive and touching one moment, and at other times infuriatingly dense. There are so many facets to the character and each one is polished and shines with cool brilliance.

Norma Harrs, The Globe and Mail


Sister Mary Ignatius Explains It All To You by Christopher Durang, 1982

Yet ultimately it is Coghill's triumph. The past year has seen her play a trio of intimidating beings - Sarah Bernhardt, Ma Murray and now a demented nun. It's a testament to her abilities that she goes beneath crude cartoonry to reveal a tragically twisted soul.

But it is Coghill who lifts Change of Heart from a solid, crafted drama to a special event. As Edna, her slightly crossed eyes fix on the world with that special kind of toughness that comes from caring for others... The last scene, in which she settles on her couch clutching a cup of tea after telling a finally broken-down Bob that there will be no reconciliation, is a testament to the depth of intimacy television can achieve. Open to the camera, Edna's face registers - in brief seconds - relief, sadness, satisfaction and fear.


She Stoops To Conquer by Oliver Goldsmith, 1985

The most assured performance is Joy Coghill as his wife... The character is obtuse but also endearing. Coghill wins us over from the opening moment when she silently imitates her husband’s tiresome yammering, her mouth sawing away in an ecstasy of silent verbal prolixity.

Ray Conlogue, The Globe and Mail

Joy Coghill [plays her part] so convincingly that the film was often wrongly identified as a documentary in a number of film festivals.


Return to first page of Reviews...